Tulsa Attorney BlogWhat is a Qualified Domestic Relations Order in an Oklahoma Divorce?

In a divorce case or a legal separation case where assets are being divided if one of the parties has a retirement account, a 401k, an IRA, that type of thing, that was accumulated during the marriage or partially during the marriage, then there’s a chance that the court is going to order that to be divided, or that the parties will agree to it to be divided. Because generally marital assets are divided equitably, which just means fairly. Most of the time that’s 50/50, but it doesn’t have to be as long as the court finds that it’s fair. 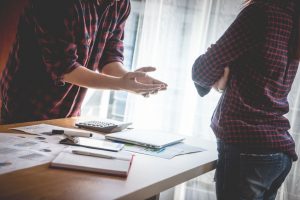 But regardless, if one of the parties was accumulating a retirement account during the marriage, unless there’s other assets to offset it, it’s probably going to be divided. And that has to be done through a QDRO.

And then that order will be drafted separately. And it says qualified because it needs to qualify pursuant to the terms of the retirement account, as determined by the plan administrator.

So that’ll be drafted up, it’ll be signed by the parties and the judge, and that’ll be sent off to the plan administrator, whether that’s Fidelity or whatever financial company. They review it, make sure it complies with their rules for the plan, and if it does, they qualify it.

They sign it, send it back, and then at that point filed with the court, and then the account is divided by the plan administrator and now each party has their own separate account under the same rules. And that’s what a QDRO is.

If you’ve got more questions about that or dividing retirement accounts or how divorce works, you’re going to want to talk to an Oklahoma attorney about your specific circumstances. To contact somebody in my office, go to makelaweasy.com.