Tulsa Attorney BlogWhat is Marital Property in an Oklahoma Divorce?

When You’re Married, Everything’s a Marital Asset, Unless You Can Prove That It’s a Separate Asset 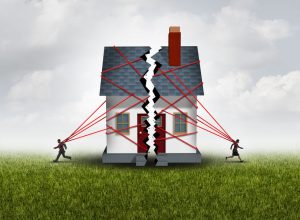 So the general rule is, when you’re married, everything’s a marital asset, unless you can prove that it’s a separate asset. So that comes down to, what’s the definition of separate?

So those are the three ways that you get separate property. But any of those three separate properties, if they’re co-mingled with marital funds, or they’re titled jointly, then they trans-mutate, and they can become marital, and be marital property as well.

So you got to be careful about that. If you’ve got separate property and you want to keep it separate, you need to put it in an account separate from the other party, where you’ve got access to it, you’re the only one that’s on it, and where you certainly don’t put any marital funds in it.

So I hope that explains to you what marital property is. If you still have questions based on your Oklahoma Divorce for in your specific circumstances, you’re going to want to talk to an attorney, give me a call. To talk to a Tulsa Divorce attorney at my office, go to makelaweasy.com.