Tulsa Attorney BlogCan You Get Your Court Cost Forgiven in Oklahoma?

In Some Circumstances, Court Fees Can Be Forgiven

Video Transcribed: Can you get your Oklahoma court costs forgiven? I’m Tulsa lawyer James Worth and we’re talking about court costs and whether there’s a mechanism, whether there’s an avenue, a path to get those forgiven under the right circumstances. And I want to talk about a couple of different ways that may be applicable. 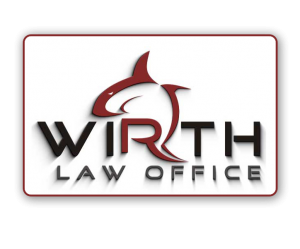 So the first one, if you’re incarcerated, you have court costs, whatever the circumstances, once those are put in place, you do have the right to be heard at a Rule 8 hearing regarding your ability to pay.

And a Rule 8 hearing is based on the rules from the Oklahoma Court of Criminal Appeals that lay out the process by which this is done. And Rule 8.5 talks about that in the event defendant because of physical disability or poverty is unable to pay the fine or costs either immediately or installment, he or she must be relieved of the fines or costs.

So if you have an inability to pay due to poverty or due to disability, then you will be relieved of those costs. And the court can do that either by wiping them out or by sending you back for a court date, saying, “You don’t need to pay anything now. Let’s set you for a court date six months from now to see if circumstances changed.”

So depending on what your condition is, whether it’s poverty or whether it’s a disability, if you have a permanent disability, you have a better argument to say, don’t just pass this down the road, let’s go ahead and completely wipe this out. And that is something that the court has the authority to do because we don’t want to have a debtor’s prison. Because normally if you don’t pay your fines and costs, they issue a warrant for your arrest, you get thrown in jail until those costs are paid and you get back on an appropriate schedule.

So in order to avoid having a debtor’s prison, we have this exception for people who have a physical disability or due to poverty and are unable to pay, and either the court can kick the can down the road, set a hearing months off to see if your condition is changed or can completely write it off so that you’re not required to pay those. So that is the more traditional route, you have to show disability or poverty.

However, since 2016, there has been a new route that wants to make sure that people are aware of. And this is a new law that went into place on November 1st of 2016. It says on or after November 1st, 2016, the court shall have the authority to waive all outstanding fines and costs under these circumstances.

And this is where somebody who was in the custody of the Department of Corrections, the person was released. Since released, the person has complied with all probation and supervision requirements, and for a period of 24 months has consistently paid every month on their court costs, fees, and restitution as ordered by the court. If that is done, then they file in order to get forgiveness or to waive the outstanding balance. And the court shall, it says, shall have the authority to do that.

Now, that doesn’t mean the court shall do. It means shall have the authority, but this implies that it is the intent of the state that if you are in custody, get out, do everything perfectly for 24 months, you can file and request to have the remainder of your fines and costs forgiven, waived so you don’t have to pay them. However, it’s important to have a distinction between fines and costs and restitution.

Restitution is something that could be ordered to be paid to a third party in order to compensate them for damages that your crime cost. Now, this is a forgiven of court costs and fines. It is not a forgiveness of restitution. But if you have a question on if either one of those provisions may apply to you, have questions about that, you’re going to want to talk to an attorney privately, confidentially about that. To get that scheduled to somebody at my office, you can go online to makelaweasy.com.