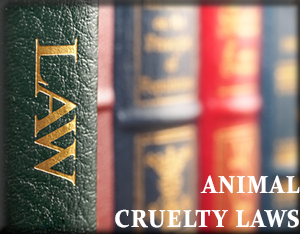 Oklahoma animal cruelty laws protect a variety of animals. The state also prohibits using animals such as dogs for fighting.

Oklahoma law defines animals as mammals, birds, fish, reptiles, and the like, both wild and domesticated. Okla. Stat. tit. 21 § 1680.1

Animal cruelty is defined as the willful or malicious torturing, destruction, beating, maiming, mutilation, or killing of any animal, regardless of ownership and regardless of whether the animal is wild or domesticated.

The statute goes on to add that depriving an animal of necessary food, drink, shelter, or veterinary care to prevent suffering, constitutes animal cruelty.

The crime is a felony in Oklahoma. It is punishable by up to a year in the county jail or a prison term of five years, at the court’s discretion. A fine of up to $5,000 may be assessed instead of or in addition to incarceration.

The court has a great deal of discretion in the sentence imposed in order to determine a sentence appropriate to the act of cruelty involved.

Any abused or neglected animal may be removed by a peace officer or animal control officer. The police officer or animal control officer may specify the terms and conditions under which the animal’s owner or keeper may maintain custody. This is a custody agreement, countersigned by the animal’s owner or keeper. Violation of the custody agreement may result in the impoundment of the animal. Okla. Stat. tit. 21 § 1680.4

If your animal is seized, it may be necessary for you to post a bond for its care. If the animal is returned to you, funds used for its care will not be returned.

Finally, if a seized animal requires euthanasia, the euthanasia will be performed regardless of the owner’s permission or lack thereof.

Anyone who willfully administers poison to any animal belonging to another and any person who maliciously exposes poisonous substances with the intent that an animal is poisoned by them may be convicted of a felony in Oklahoma. The crime is punishable by up to three years in prison or up to a year in the county jail; or a fine of up to $250; or both. Okla. Stat. tit. 21 § 1681

It is a misdemeanor to abandon any live dog, cat, or other domesticated animal along any road or any other place with the intention of abandoning the animal. Okla. Stat. tit. 21 § 1691

An animal may also be considered abandoned when a person moves away and leaves the animal, stops feeding the animal, or allows it to wander or stray onto another’s property with the intention of surrendering ownership or custody.

When an animal is abandoned, a peace or animal control officer may arrange for the animal to be humanely destroyed.

If a person is arrested with an animal, the police may take custody of the animal. A lien may be placed on the arrestee’s property for necessary expenses associated with the animal. Okla. Stat. tit. 21 § 1686

Having an animal taken from your custody can be a traumatic experience. If you have questions or concerns, bring them to an experienced Tulsa criminal law defense attorney. Let us help you when you need it the most.

If you are being charged with a crime in Oklahoma, it is important that you hire an experienced Tulsa criminal defense attorney. Criminal convictions can carry serious consequences.

Only a local attorney will know the court system and judges in the area. Do not delay. Our initial consultation is free.

We pride ourselves on providing our clients with excellent representation at reasonable prices.