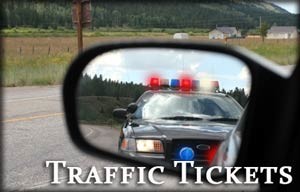 When to Fight a Traffic Ticket in Oklahoma

It starts with a sudden pulse of red and blue light in your mirror. Your heart rate quickens and your palms start to sweat.

Why the fear? You are not transporting illegal drugs and you have no burglary tools spread across the back seat, so the simple traffic stop will not likely lead to years in prison.

You are properly licensed and sober as a judge, so even the chance you will be led away in handcuffs is slim to none. If you are courteous, you might get away with no more than a warning. At worst, you might have to appear in court, pay a fine and accumulate some points on your driving record.

Perhaps that is reason for the twinge of fear that accompanies an unexpected traffic stop – you are uncertain about how much this traffic stop will affect your future.

It is not just the points on your drivers license. A ticket often means your insurance rates go up. If your job involves driving, a ticket could affect your income. And points add up. If you accumulate 10 or more points in a 5-year period, your drivers license will be suspended by the Oklahoma Department of Motor Vehicles.

In a few limited circumstances, it can be easier to pay the ticket, learn your lesson and move on. A seatbelt violation or a similar no-points violation might not be worth challenging. Other times, you want to fight the ticket – either on principle or to avoid untoward consequences.

Paying a ticket without pursuing a legal remedy is almost never the best option. Tulsa traffic ticket attorneys more often than not will say you should fight the ticket if it affects your driving record.

When you decide to challenge a citation, the question then is should I go it alone (pro se) or hire an Oklahoma traffic ticket lawyer?

When you decide to fight a ticket alone, you are rolling the dice. At a minimum, you will need to go to court – sometimes more than once. If the officer who wrote the ticket does not show up, you could win by default.

If you do not win by default, in some cases you might be able to plea bargain. Rarely do prosecutors or police negotiate plea bargains with a defendant. For that, you need a traffic ticket attorney.

Hiring a traffic ticket lawyer changes the game. It becomes a game of skill.

What basis do you have to fight the ticket? Knowledge of police procedures – such as the way radar guns works – can sometimes be the basis for a traffic ticket defense.

The temptation to represent yourself in traffic court can be strong. If all you stand to lose are a few hours in court and the cost of the ticket, it might be worth your while to roll the dice.

On the other hand, if the stakes are high or you believe the principle of justice is worth fighting for in your case, your best chance of winning may be when you appear in court with as much skill and training on your side as the prosecution has on their side. That is when you need a traffic ticket lawyer to argue your case.

A traffic ticket attorney can examine your citation and explore your options with you. Prosecutors may be willing to reduce the citation to a no-points offense. Or, your attorney may find an opportunity to have the charge overturned in court.

Some basic knowledge of the Oklahoma drivers license point system could help you decide whether it is better to pay a ticket or hire an Oklahoma lawyer to fight a traffic citation.

Points add up, but they also fade away. For every 12 months driving without a conviction for a points-worthy violation, 2 points are subtracted from the driver’s record. After three consecutive years of driving with no convictions, the total reverts to zero.

You can also erase two points by attending a six-hour driver improvement or defensive driving course. You can remove two points with a driver education course once every two years.

For a free consultation with an Oklahoma traffic citation lawyer, call 918-879-1681 or send your question using the form at the top of this page.