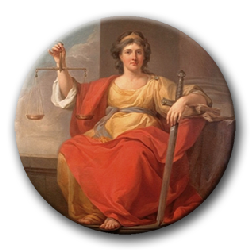 For more than 50 years, the Brady Rule has stood as a fundamental principle of United States criminal justice. The rule says a defendant at trial is entitled to know about favorable evidence otherwise known to the prosecution.

“Society wins not only when the guilty are convicted, but when criminal trials are fair…”

What is not so widely known is that the Brady Rule applies primarily to criminal trials. The U.S. Supreme Court has not rendered a conclusive opinion about a defendant’s right to inspect exculpatory evidence when cases do not go to trial.

The right to a fair trial rests on a right to due process enshrined in both the Fifth and Fourteenth Amendments of the U.S. Constitution. In plea bargains, a defendant typically forgoes some of that process, usually in exchange for an advantage such as a lesser sentence than might be imposed after a trial. U.S. courts have returned mixed opinions on a person’s right to fair justice in cases that do not go to trial.

The Fifth and to some extent the Second and Fourth circuits, not so much. In one case, the Fourth Circuit recognized Brady as a trial right but did not find occasion to determine if Brady protections extended to plea negotiations.

The Second Circuit alluded to a 2002 Supreme Court case that says defendants do not have a right to review impeachment evidence during fast-track plea negotiations. United States v. Ruiz, 536 U.S. 622 (2002)

Conflicting opinions among U.S. appellate courts on a major question about fundamental jurisprudence often portend an eventual Supreme Court answer. Such answers, however, can only be handed down when a case raises the relevant questions.

Defendants who accept a plea agreement often never learn about exculpatory evidence available to the prosecution. That leaves little opportunity for cases to reach the Supreme Court where the question can be answered.

Plea deals are sometimes tendered as time-limited offers. Prosecutors take advantage of early stages of a case before defense attorneys have time to discover holes in the case. Prosecutors sometimes apply pressure with a “now-or-never” threat.

Such was the case in West Virginia. A man was accused of raping an elderly woman during a home invasion. He had been arrested in connection with nearby burglaries. Under prolonged questioning, he eventually admitted to burglarizing an elderly woman’s home.

His account of the burglary was widely inconsistent with the victim’s account. He denied knowledge of a sexual assault. He quickly recanted his admission, saying it was the result of an investigator “breathing down my neck.”

Years later, DNA evidence pointed to another man – a neighbor with a history of sexual violence. The victim told medical providers only one man had attacked her, ruling out prosecution theories related to multiple DNA sources.

A court-appointed defense attorney desperately waited for the results of DNA tests after prosecutors tendered their now-or-never plea deal. Six weeks before the court accepted the defendant’s plea deal, a police officer at a state-run forensics lab determined the defendant was not the source of DNA collected during the investigation. Prosecutors did not inform the defense.

The defense lawyer had nonetheless filed a motion compelling release of relevant information more than two months before prosecutors obtained the exculpatory DNA report. The motion pointed out that the State had failed to comply with an earlier court order to produce “all discoverable information… related to the sexual assault.”

‘We have a problem’

The court delayed accepting the defendant’s plea for more than three months “…to make sure [the] plea is the right thing to do.” Meanwhile, the man again denied the rape during a Division of Corrections per-sentence evaluation.

He was sentenced to a longer term than he had expected – 70 to 110 years. Six months after his conviction, acting as his own attorney, the man filed a habeas petition, challenging his conviction and sentence. The court appointed him an attorney.

At the man’s request, his appellate attorney contacted prosecutors to get results of the DNA test. An assistant prosecuting attorney replied in a telephone call “We have a problem.”

The State’s attorney revealed that the report had been completed, but not provided to the defense prior to the final plea hearing.

After a hearing on the habeas petition, the lower court decided the DNA results were inconclusive. The police officer from the forensics lab said he could not rule out with 100 percent certainty that the defendant was not a source of small amounts of unidentified DNA found in samples. The court let the conviction stand.

More than seven years into his sentence, the man took advantage of a West Virginia law that provides for post-conviction DNA testing. This time, he was represented by attorneys associated with the Innocence Project. The group has reversed more than 300 convictions based on DNA exoneration and identified 140 actual perpetrators in cases where others were wrongfully convicted.

The new DNA tests definitively excluded the man as the source of any DNA found during the investigation. The man’s attorneys filed a second habeas petition. With new DNA analysis available, investigators searched a nationwide DNA databases. They identified the assailant’s DNA as that of a neighbor who had been her paper boy.

The lower court again refused to reverse its conviction. Overlooking the victim’s statement that only one assailant was present, the court said DNA exclusions did not rule out the possibility that the defendant had participated in the crime.

West Virginia’s Supreme Court said the state’s failure to turn over DNA test results in a timely manner tainted the case. It reversed the conviction.

The West Virginia opinion spelled out in profound terms why the Brady Rule must extend to plea negotiations, regardless the absence of particular U.S. Supreme Court direction.

The U.S. Supreme Court has otherwise held that the “Sixth Amendment right to counsel extends to the plea bargaining process.” Lafler v. Cooper 566 US_ (2012). The Lafler Court observed that “criminal justice today is for the most part a system of pleas, not a system of trials.”

Plea bargain negotiation is almost always the critical point for a defendant, the Lafler court declared. Yet various jurisdictions have reached “widely inconsistent” conclusions about how Brady should apply during plea negotiation, the West Virginia court noted.

The Ninth Circuit has explained that “a defendant’s decision whether or not to plead guilty is often heavily influenced by his appraisal of the prosecution’s case.” Sanchez v. United States, 50 F.3d 9th Cir. 1995 (quoting Miller v. Angliker, 848 F.2d (2nd Cir. 1988))

Ruiz “did not imply that the government may avoid the consequences of a Brady violation if the defendant accept[ed] an eleventh-hour plea agreement while ignorant of withheld exculpatory evidence in the government’s possession.” United States v. Ohiri, 133 F. App’x 555 (10th Cir. 2005)

The Fifth Circuit, however, would have none of extending Fifth, Sixth and Fourteenth amendment rights to the plea bargaining process. Maybe a defendant who waives a right to trial waives the right to fair justice as well. That court decided:

“…the failure of a prosecutor to disclose exculpatory information to an individual waiving his right to trial is not a constitutional violation.” Matthew v. Johnson, 201 F.3d 25 353 (5th Cir. 2000)

The Tenth Circuit’s stance in favor of Brady protections during plea negotiations implies that Oklahoma criminal courts would follow federal direction in this jurisdiction. Yet, our review of cases where the Oklahoma Court of Criminal Appeals addressed exculpatory evidence found no specific guidance involving plea negotiations.

Many of those Oklahoma cases were death penalty trials followed by urgent appeals. Prevailing wisdom holds that plea bargains typically foreclose opportunities to appeal. In the West Virginia case, it took 13 years, two appeals, conclusive DNA evidence and the eventual involvement of the Innocence Project to reverse a wrongful conviction that resulted from a plea deal.

All the same, the West Virginia case illuminates a potential path to justice for anyone sitting in an Oklahoma prison on a wrongful conviction after accepting a plea bargain based on incomplete information.

Even more so, the case suggests prosecutors must comply with court orders to reveal exculpatory evidence, even when a plea deal is on the table.

If you are considering a plea bargain in Oklahoma, you need effective legal representation just as much as if you were going to trial. An Oklahoma criminal lawyer can tell you whether the case against you is strong enough to plead out, and whether prosecutors might be bluffing.

For a free consultation with a criminal attorney in Tulsa Oklahoma, contact Wirth Law Office at (918) 879-1681 or send your question using the email from on this page.