It Is Something That Can Be Done

Video Transcribed: Power of Attorney for college students? I’m a lawyer in Tulsa, James Wirth, and that is the topic today, actually stumbled across an advertisement for another law office and they were advocating for a Power of Attorney for the college students that are starting college for the first time in the fall. And so I want to kind of talk about that as a topic, is that something that can be done? Why would you want to do it? And yeah, it is something that can be done.

So we’re talking about kids who are in high school, where the parents had access to all of their records, what’s going on, and get notification of grades, report cards, and all of that. Now, they turn 18, they’re adults, they go off to college, and the parents don’t have that legal opportunity to have access to any of those records. 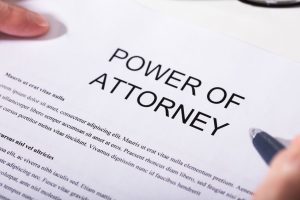 So the suggestion is, if you are concerned about your kids, you want to be able to follow up, and rather have everything as far as communications from the school go through your child, you could have a Power of Attorney signed, and that would have to be signed off by your adult child, making you their attorney in fact, as it relates to either just in general or specifically to school records.

And it can be drafted narrowly-tailored just to that schooling issue and addressed to a certain university or college, which would then get you the permission to act in their stead as far as requesting records.

And that would allow you to get great information and other information to follow up on your young student. And even though that they are an adult now, which otherwise you would not be able to do that.

So that is something that we could do and other estate planners and attorneys may be able to do for you. And the reason is, you can continue to get that information, you can act the same as when they were in high school, gives you a little additional time to follow up to make sure that they’re going about their way of the way that you want them to. But it does require that your adult child sign off on it, and it doesn’t take away any rights from that child.

But that is a Power of Attorney, in this case for college students, for your kids. If that’s something you’re interested in or you have more questions on how that might work, you probably would to want to talk to an attorney about your specifics. To get that scheduled, you can go online to makelaweasy.com.